At Castle Manor, students belong to one of four houses: Helions, Chauntry, Hamlet and Wilsey.

The purpose of the house system is to celebrate the outstanding skills and talents that our students have across many different areas. It also allows students to experience a sense of community and develops the ability to work together and build a supportive environment.

Throughout the year, house competitions take places across a variety of subjects and themes, ranging from attendance, PROUD points, sports activities and charity fundraising.  At each end of term assembly, the house cup is awarded to the winning house for that term, culminating an overall winning house in the summer term.  Each house is led by their Head of House, with the help of student house captains and sports captains.

The house names are rooted within the history of Haverhill: 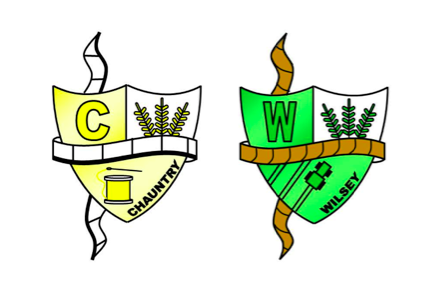 Chauntry: According to records, the word ‘Chauntry’ seems to be a Suffolk dialect version of the word ‘Chantry’. This was usually land left to the church by a wealthy person in their will. This would help to pay for the upkeep of a Chantry priest whose job is was to pray for the soul of wealthy departed donor! Unfortunately, one such priest was hailed as a corrupt man, embezzling money from the wealthy church-goers. He was eventually removed from his post by the Helions family.  The Chauntry Road and Mill Road area in town was a croft or a small holding (small farm) presumably owned at some point by the church.  Eventually, Haverhill Chauntry was sold to Lord Russell of Chayne in 1542, hence the name Chainey Pieces.

Wilsey: Haverhill has been renowned throughout history for its agricultural industry. The land in Suffolk has proven to be incredibly fertile for growing crops and for farming animals. There have been many farming settlements in Haverhill’s history but the most famous one would have to be Wilsey. The name Wilsey refers to “Wifel’s enclosure”. This is believed to be the name of an early English farmer who worked on the land.  It is thought that the enclosure later became Wilsey Farm as the agricultural industry boomed. Very little is known about Wilsey farm before this time.  Nowadays, Wilsey is more commonly used as the name of a housing estate where the farm once sat. 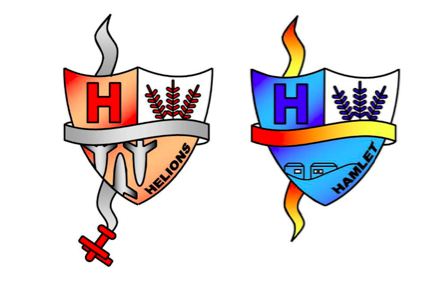 Helions: (sometimes spelled “Helyons”) is the name of a wealthy lord or knight at the time of the Norman Conquest.  Tehell de Herion was most likely a knight who had been born in Brittany, and came into ownership of the Estate of Clarenbold. The estate was passed down the de Helions family over hundreds of years. The family became heavily involved with the church over the years, and in 1281, Andrew Helions began building St Mary’s church tower; his son Henry was left to  finish it off. Their carved heads can still be seen either side of the tower window today.  The last de Helions to own the Helions Manor was John who died in 1449 without any children. After several years of the manor being passed around it was eventually granted to Sir Richard Jerningham in 1521 who already had possession of Castle Manor! The two manors are now joined...in more ways than one.

Hamlet: The word ‘Hamlet’ means a small settlement in a rural area. These settlements are usually formed about a source of employment such as a farm or a mill. Haverhill was no exception. Haverhill Hamlet was referred to in the 18th century as “Hesworth” or “Heasworth”. Spelling varied a lot as many people didn’t know how to spell!  During the Doomsday survey (the country’s first census taken in 1061), a farm named ‘Curpeils’ is mentioned as being in the area and housing       several people. It is possible that this may have been the original Hamlet of Haverhill and that Hamlet Road led into this settlement.  Curpeils was later written as Cupples, which over time has become Coupals.